You are here: Home / Disciplines / Have Mercy. Receive Mercy.

We all want God’s mercy. We all need God’s mercy. Mercy has been described as “God withholding from me what I truly deserve.” In the Bible, mercy is tightly interwoven with other disciplines such as grace, forgiveness and reconciliation. When I read the words of Jesus, “Blessed are the merciful, for they shall receive mercy.” (Matthew 5:7 ESV), I have to consider this:

Basically, mercy is God withholding punishment that is fully, completely, and justifiably deserved. We deserve God’s punishment because have rebelled against Him, and rebellion against God is sin. The Bible is full of examples of God withholding His punishment on people who rightly deserve it. In the Old Testament, for example, God was merciful to Solomon who became rebellious (1 Kings 11:13). In one of his parables (Matthew 18:23-27), Jesus told of a ruler who showed great mercy to one who could not possibly pay his enormous debt. Instead of reflecting that mercy he had received, this debtor demanded payment from one who owed a small sum, showing him no mercy at all.

Disciples Reflect the Mercy of God

How to Be Merciful

I must be first to admit that being merciful is sometimes difficult. It is difficult because it is not natural to grant mercy to others, especially those who have not “earned” it. Being merciful as Jesus teaches requires a Godly consistency as a result of being filled with the Holy Spirit. In the Parable of the Good Samaritan (Luke 10: 25-37), Jesus provides a practical guide for showing mercy.

See People As God Sees Them

We can’t extend mercy until we see them as God sees them. The priest and the Levite passed by the beaten man because they were more concerned with themselves than with injured (and maybe dead) person. The Samaritan, though, saw the injured person through the eyes of God, one who needed immediate medical attention and compassion. He had resources that the injured man needed, so he gave. Disciples of Jesus see people through the eyes of God, people in need of mercy.

Sometimes, our feelings can lead us in the wrong direction, but at other times, our feelings drive us down the right path. God gives us emotions and feelings because He expresses feelings and emotions. In this case, the Samaritan felt compassion or pity on the injured man. His feelings of compassion overcame his feelings of bias and discrimination. The Samaritan was of a different race, a different religion, and a different culture. Disciples acknowledge their Godly emotions and repress their prejudicial emotions.

Act Without Thinking of Self

The Samaritan just acted on his compassion. He could have acted like the priest and the Levite who acted on their ungodly feelings and prejudices. Instead, the Samaritan saw the injured man as God saw him, he put aside his own hurts and prejudices, and he acted without stopping to think. He could have paused to praise himself for feeling so compassionate. He could have gone on his way thinking, “Someone should do something to help this man.” But he stopped and sacrificially helped the injured man. Disciples of Jesus put aside unchristian feelings and prejudices, and they act decisively with intention on their Godly feelings. 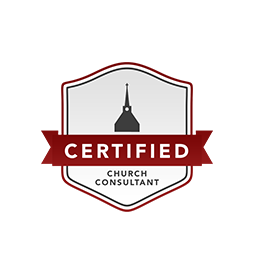